Every month, we will put forward one of our members and give them a platform to display their work, share their best practices and create collaboration opportunities. Get in touch with us if you would like to be featured!

If the Covid crisis proved anything, it is the urgency for all societies to improve their resilience abilities. For that to happen, it is essential to engage in reflections about the future, using the Agenda 2030 as a roadmap.

In this context, Deputy De Temmerman launched a draft bill pushing the systematic inclusion of SDG considerations in the society governance.

Chapter I of the bill bears a proposal to increase transparency as to how business activities contribute to the delivery of the SDGs. It also supports an extension of the overseeing function of the French Court of Audit to include SDG considerations within their public policy evaluations. It also asks for a recognition that the SDGs include environmental, social and economic considerations, to ensure a better alignment of legislation with the 2030 Agenda, often reduced to the environmental scope of sustainable development.

Chapter II proposes to reinforce the role of the Parliament in its overseeing function, through the creation of a delegation tasked with the overseeing of the compliance of activities with the SDGs.

Finally, Chapter III aims to reinforce the role of the National Council on the Environmental Transition by widening through the inclusion of social and economic considerations, which should and must work hand-in-hand for the delivery of the SDGs.

The proposal has not yet been debated. 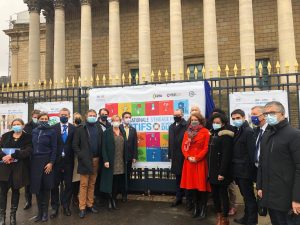 In a bid to both reinforce SDG knowledge internally to the National Assembly, as well as communicate and inform citizens of the progress and ambitions of Parliamentarians, Deputy De Temmerman led an SDG-focused seminar at the French National Assembly, followed by an exhibition accessible to all citizens.

Kirsten Brosbøl, founder and CEO, virtually joined the webinar to share her insights on cross-parliamentary collaboration. 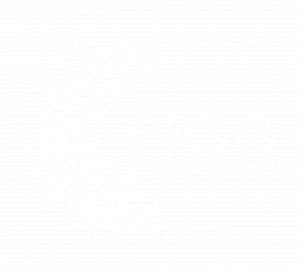 © 2020 PfGG – Parliamentarians for the Global Goals.
Made with joYY by Jamroll Limited – A YY Ventures Company

2030beyond is a non-profit do-tank for the 2030 agenda, supporting parliamentarians and people to accelerate action for the Sustainable Development Goals.

2030beyond is a non-profit do-tank for the 2030 agenda, supporting parliaments and people to accelerate action for the Sustainable Development Goals.

Any cookies that may not be particularly necessary for the website to function and is used specifically to collect user personal data via analytics, ads, other embedded contents are termed as non-necessary cookies. It is mandatory to procure user consent prior to running these cookies on your website.